Dom’s faith and life-long conservative principles have always guided him from a young age where he rolled up his sleeves and got to work serving his family and community. Whether it was volunteering time after school to his church’s local second-hand store and food pantry, or serving in a public capacity, Dom’s commitment to improving the quality of life of his community has been unwavering, believing public service as one of the highest forms of giving back to his community. Throughout his various services to his community, Dom has built a profound level of experience not just professionally, but more importantly on a personal level; taking the time to genuinely connect with those he serves and understanding the issues important to them.

Proudly coming from humble beginnings, Dom’s ancestry includes a long line of entrepreneurs, farmers, butchers, and homemakers; so the values of independence and hard work have been a part of who he is. As a US-born descendant of Italian immigrants, he is a first generation college graduate having received his Bachelor’s degree from Boise State University achieving much of the American Dream in his family. In 2011 he would go to serve as Chief of Staff to – then State Senator -now Congressman Russ Fulcher, and Communications Director to former Republican State Senator Curt McKenzie.

In 2018, Dom had the incredible honor of being appointed by former Mayor Tammy de Weerd as both the Government Affairs Advisor to the Meridian Mayor’s Youth Advisory Council and as a Commissioner on the Meridian Parks and Recreation Commission. Serving as a role model and advisor for young leaders, as well as providing advice to City Council and being involved in major design and development decision-making of Meridian’s Parks, Dom understands firsthand the importance of working toward a better future for the next generation, as well as the commitment and leadership skills required to achieve it. That same year he would be elected Vice-President of the Parks and Recreation Commission, and in December of 2019, Dom had the honor of being elected President of the Parks and Recreation Commission for the 2020 year by his fellow Commissioners. He continues to serve and work with fellow commissioners, local government leaders, and the citizens of Meridian, on maintaining, improving, and preserving our city’s incredible parks and recreation areas for everyone to enjoy and be proud of!

As a proud family man and father, Dom and his family – including their two dogs Zeus and Tayvie – are happy to call Meridian home! In his professional life, Dom works in the IT and risk management field, fighting against financial and cyber crimes. He also owns a consulting business that offers a variety of professional services for healthcare and non-profit organizations, as well as start-up to established private sector businesses. When he’s not working, Dom is an avid golfer, enjoys fishing, spending time with his family – including hiking and exploring Idaho’s beautiful outdoors, and keeping his Italian heritage alive through his culinary skills. 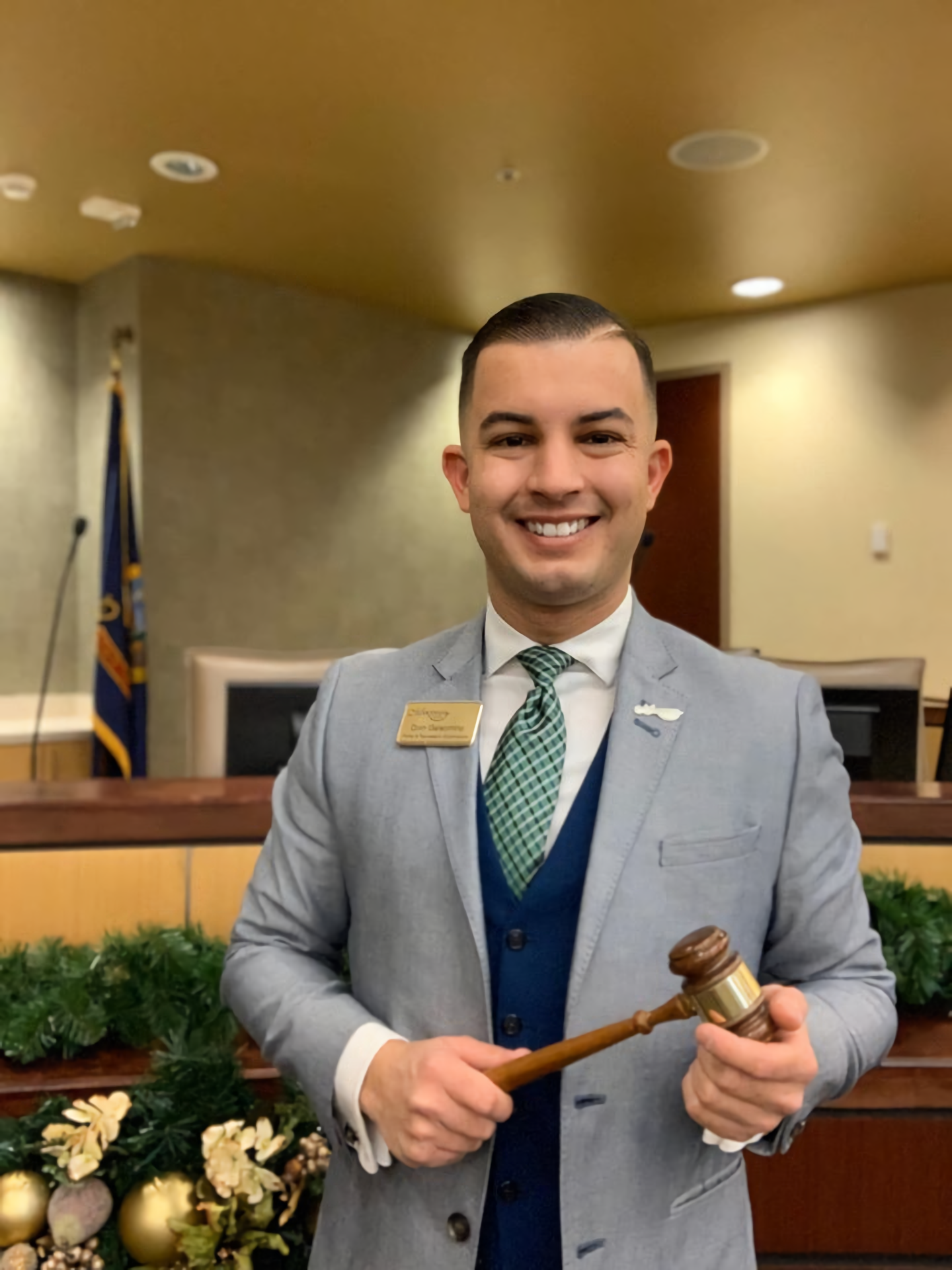